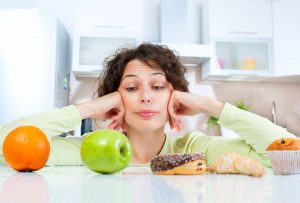 It is important to note that food intolerance is different from food allergy. I discuss this more in this blog post.

Food allergies trigger the immune system, while food intolerance does not. Some people suffer digestive problems after eating certain foods, even though their immune system has not reacted – there is no histamine response.

The Olive Leaf has two specific tests for Food Intolerance

Foods most commonly associated with food intolerance include dairy products, grains that contain gluten, and foods that cause intestinal gas buildup, such as beans and cabbage.

Here are some key facts about food intolerance.

There can be many causes of food intolerance,

1) Absence of an enzyme

The Olive Leaf provides specific enzyme protocols to help with digestion and assimilation of foods.

Certain chemicals in foods and drinks can cause intolerance, including amines in some cheeses, and caffeine in coffee, tea, and chocolates. Also, chemicals such as MSG and others may be a catalyst to intolerance.

Some foods have naturally-occurring chemicals that can have a toxic effect on humans, causing diarrhea, nausea, and vomiting.

Undercooked beans have aflatoxins that can cause extremely unpleasant digestive problems. Fully cooked beans do not have the toxic effect. This is why some people react to beans after one meal, and not after another.

4) Natural occurrence of histamine in some foods

Some foods, such as fish that has not been stored properly, can have an accumulation of histamine as they “rot.” A number of people are particularly sensitive to this naturally-occurring histamine and develop skin rashes, abdominal cramps, diarrhea, vomiting, and nausea.

Often, the symptoms are similar to anaphylaxis (a strong allergic reaction).

5) Salicylates are present in many foods

Salicylates are derivatives of salicylic acid, which occurs naturally in plants as a defense mechanism against harmful bacteria, fungi, insects, and diseases.

Processed foods with flavor additives are usually high in salicylates as well.

Processed meat can contain nitrates that are the source of some people’s food intolerances.

Food additive intolerance has been a steadily-growing problem over the last thirty years because more and more foods contain additives.

Even so, food additive intolerance is not estimated to affect more than 1 percent of people.

Additives are used to enhance flavors, make foods look more appealing, and to increase their shelf life. Examples of food additives include:

Of the thousands of additives used in the food industry, a relatively small number are thought to cause problems. The following food additives are known to cause adverse reactions in people:

It is not easy to determine whether somebody has a food intolerance or allergy because the signs and symptoms often overlap. Certain patterns in the symptoms can help distinguish between the two. In the vast majority of cases, food intolerance symptoms take much longer to appear than food allergies.

For those who cannot do food/chemical sensitivity testing, can be advised to keep a diary and write down which foods are eaten, what the symptoms were like, and when they appeared. The data in the diary can help us identify which foods are causing adverse reactions. Exclusion diets are extremely useful in isolating the culprit foods.

Our office does not provide Skin prick tests but can refer you to an allergist who can provide this test. We primarily focus on delayed food allergies although our testing does check for 25 immediate food allergies as well as molds and candida.

The best current treatment for food intolerance is to either avoid certain foods or eat them less often and in smaller amounts, as well as taking supplements that may help digestion.

After testing or eliminination patients are advised to stay off the specific food for a while and slowly add the food back into the diet if they have no reaction when eating it again it is known as tolerance. Typically, the food is placed on a 4 day rotational diet to decrease the chance of future food sensitivity. The key to maintaining tolerance is often a question of knowing how long to abstain, and how much of it to eat when it is being reintroduced. I always suggest if to avoid as many artificial chemicals and additives as possible even if they do not show up on an allergy test and if they do show up to be extra careful not to add these into your diet.

If you are interested in scheduling for the Alcat or Alletess please schedule a consultation to see which one is the best option for you or your loved one.

The Olive Leaf now has locations in Lawrenceville And Alpharetta. Call today to learn more about the options for natural wellness programs!